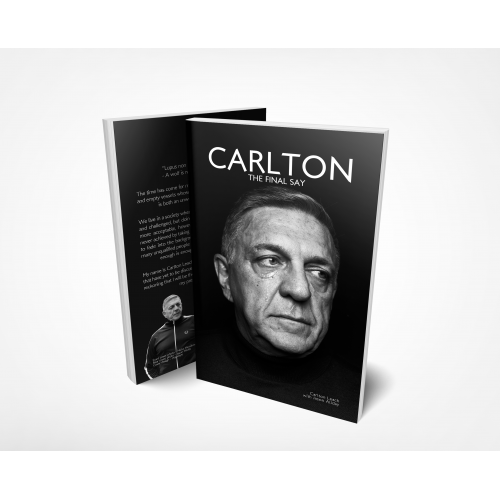 SIGNED COPY! Each copy ordered here will be signed by Carlton Leach himself. Signed copies are only released occasionally and in limited numbers, so act fast to avoid disappointment. Reflecting upon his childhood and the renowned 90s so as to fill in blanks that have remained largely unspoken of, The Final Say is set to reveal what Carlton's life has been like over the last 2 decades….this book is sure to surprise many who have pre-conceptions on both his beliefs and his private life! Offering so much more than just violence and crime, this book also delves into intimate details of Carlton's life, from his east London up-bringing including his 1960s and 70s schooling, the highs experienced over decades of partying in Ibiza, to the immense pain of watching his father fade and pass away, plus so much more inbetween. Here, Carlton recalls the most extreme moments in his life that have yet to be discussed, from the most joyous to the excruciating. This is a rare opportunity to hear, not just from the man himself, but also from those closest to him; Carlton's family and inner-circle. For Carlton, it's time to set rumours straight, leave his legacy and for him to have the final say. Going a step further than the written word, this book also includes over 35 never before published photographs! Personalisation is not available at this time. All books are signed to order: Please allow between 3-14 days for delivery.

Welcome to the myPOS Shop